Daily Meditation to Heal Your Body and Spirit 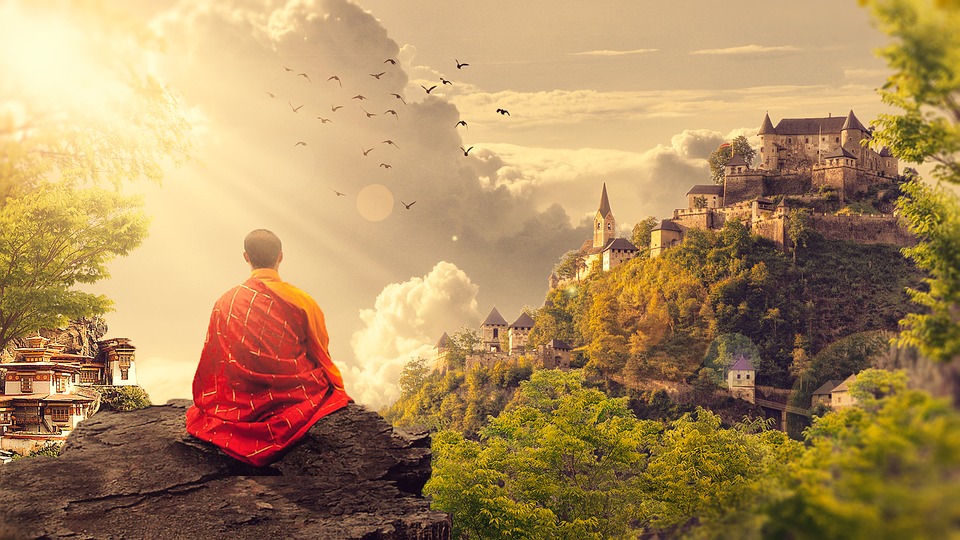 Did you know that we as human beings can tackle and coordinate our entire physiological and biological system by practicing daily meditation to heal our physical and spiritual bodies without any external help?

We (humans) came a long way since about 150+ years ago, in the matter of open-mindedness and understanding our physical and spiritual world, and things in between.

Trying to understand just by using the brain is not possible and wouldn’t make any sense, that’s why the vast majority of people were denying anything that isn’t visible, tangible, and materialistic (hard matter).

What I don’t see with eyes or don’t understand is fake and doesn’t exist.

The spiritual blindness has been following humankind for centuries, ignited and successfully maintained by the religions such as Christianity and other alike religions throughout the history.

The Christian church has been lying and hiding the truth from us for over 2000 years, which is a very long time, and suppressed any attempt to bring the light of truth on the surface by mass murders and genocide of its own humankind.

I know this might sound a bit harsh to say, but it’s not a hypotethical opinion anymore but rather the truth itself.

Why It’s Good to Meditate

Through the daily practice of meditation, we learn to listen to our Heart rather than the Brain, and things start to make sense even without logic understanding that we are so used to nowadays.

By connecting to the heart through deep meditation, and aligning the electromagnetic toroidal fields of the heart and brain we start to understand even without understanding.

Here is also the undeniable fact that the human heart is older than brain, and it’s been recently discovered by scientists who intensely study the human heart (HeartMath Institute) that the heart itself has about 40 000 brain cells and that those brain cells are primarily responsible and in control of our entire body, not the brain inside our skull which is the secondary system.

If we could learn to 100% control our physical and spiritual bodies, there wouldn’t be any health problems neither physical or mental (spiritual), thus, in most of the cases, we wouldn’t really need doctors and conventional medicines because there wouldn’t be almost any diseases in this world.

The scientists from the mentioned HeartMaths Institute found out through their research that just by implementing the proper way of breathing and meditation into the daily life, results in slower aging and extends the duration of healthy and vital life by more than 15 years.